Cirtek gets ‘PRS A’ rating on proposed P2-b fund-raising 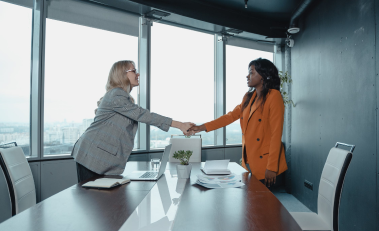 Cirtek gets ‘PRS A’ rating on proposed P2-b fund-raising

Manila Standard by Jenniffer B. Austria

Cirtek Holdings Philippines Corp. said Wednesday it received a credit rating of PRS A (corp.) with a stable outlook from Philippine Rating Services Corp. on its planned fund-raising.

The rating was issued in relation to CHPC’s three-year shelf registration of commercial paper for up to P2 billion.

A company rated PRS A (corp.) has an above average capacity to meet its financial commitments relative to that of other Philippine corporates. The company, however, is somewhat more susceptible to adverse changes in circumstances and economic conditions than higher-rated corporates.

A stable outlook means the “rating is likely to be maintained or to remain unchanged in the next twelve months.

”Philratings considered the CHPC’s manageable liquidity and capitalization levels as well as Cirtek group’s established track record in the industry, supported by a strong and experienced management team that has navigated the Group through economic cycles, crises and industry challenges.

CHPC is a fully-integrated global technology company focused on wireless communication. It is an independent, complete solutions provider for subcontract manufacturing of semiconductor devices and provides a broad range of assembly and testing services for various product applications and industries.

The company was able grow its operations amid a highly competitive and cyclical industry with larger international players.

CHPC’s consolidated revenues fell 14.4 percent in the first nine months of 2020 to $59.5 million from a year ago, pulled down by the 30-percent decrease in CHPC’s US-based subsidiary Quintel’s revenue contribution to $16.5 million.

The company, however, managed to reduce cost of sales at a faster rate of 18.2 percent to $44.4 million.

Nine-month net income slightly declined 1.7 percent to $3.6 million, while net profit margin increased by 5.3 percent to 6.1 percent from 5.3 percent in the same period a year ago.